Tomatoes are now eaten freely throughout the world, and their consumption is believed to benefit the heart among other organs. They contain lycopene, one of the most powerful natural antioxidants. Rich in vitamin C and very low carb. 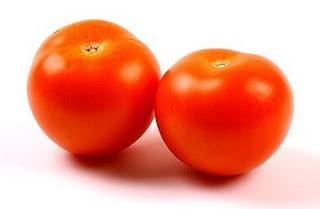 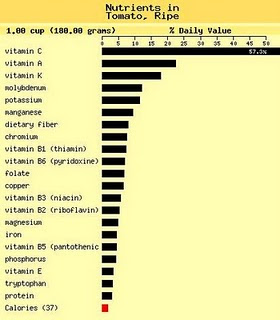 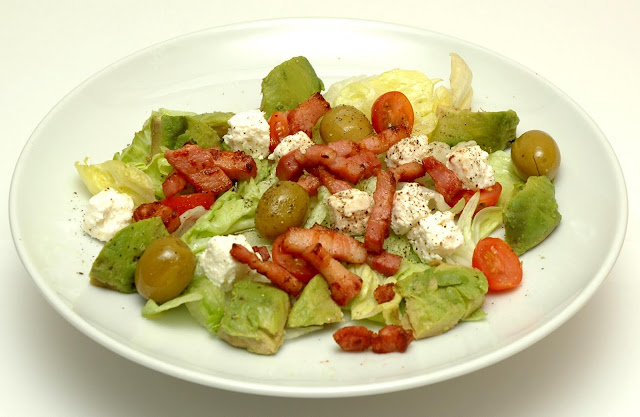 If you want to reduce BG numbers to non diabetic, if you want to lose excess weight, if you want to stay fit and healthy, this is the food for you. A salad made from iceberg lettuce, bacon lardons, avocado pear, olives, tomatoes, feta cheese, extra virgin olive oil, add some black pepper and a tiny amount of salt. Great food for all, whether diabetic or not. If you should stumble onto this blog, go for it, get your children to eat this way, It can only do them good !


Posted by Lowcarb diets and recipes at 21:44 No comments: 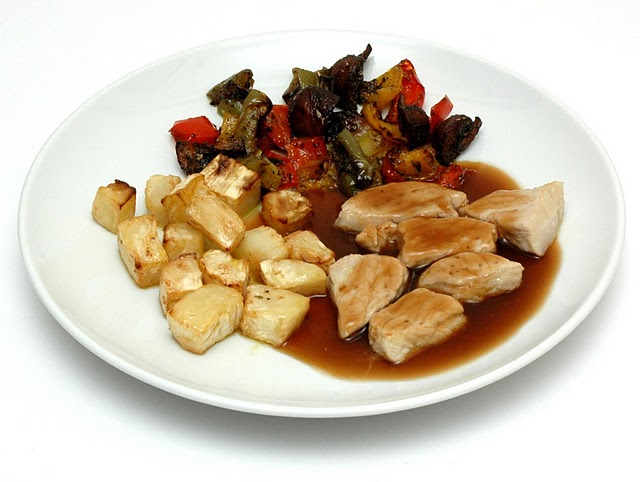 Two Boneless Pork Loin Chops or Medallions of pork if your supermarket/butcher has some.
Half a Red Pepper
Half a Yellow Pepper
Half a Green Pepper
Half a Celeriac
1 small red onion
1 Tomato (not the small cherry ones)
4 medium to small sized close cup mushrooms
Salt, Pepper, Mixed Herbs
Olive Oil

Prepare Mixed Vegetables:
Deseed peppers then cut into small ‘squares’
Roughly chop the onion
Cut tomato and mushrooms into four.
The ‘left over peppers’ can be kept for another day in a sealed bowl or just wrap in cling film.
Place these vegetables in a Pyrex or similar oven proof dish, add salt, pepper and mixed herbs to taste.
Splash over some olive oil and bake in a pre-warmed oven for about 40 minutes at 200c. Regulo 6. It is important to turn and baste the vegetables every ten minutes or so to stop them from burning.

Cut celeriac in half and then slice and cut into small cubes. Put in a separate oven proof dish, splash over some olive oil and bake in the oven along with the mixed vegetable. Again baste/turn the celeriac every ten minutes or so.

Cut off any fat (if you prefer) on the meat using scissors or a sharp knife and cut the remaining meat into chunks. Place in a frying pan with a knob of butter (not too hot) turn continuously for about five minutes. To check it is well cooked cut a medallion in half. It should be lightly pink in the centre only.

When serving add a little gravy.
Posted by Lowcarb diets and recipes at 21:28 No comments:

Check out the nutrients in a kiwi fruit. OK at around 10 carbs per 100 grams it’s a bit carby. When you consider the average Kiwi fruit weighs around 70 grams, half is only around 3.5 carbs. Thinly slice and serve with some double cream, great food and very high in vitamin C. 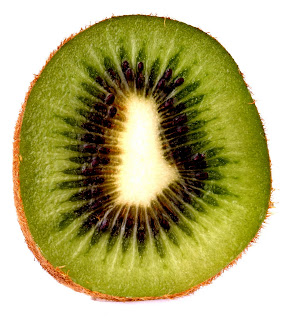 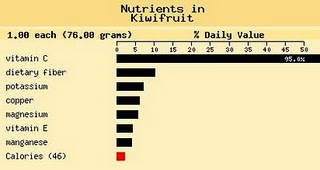 Posted by Lowcarb diets and recipes at 21:23 No comments: 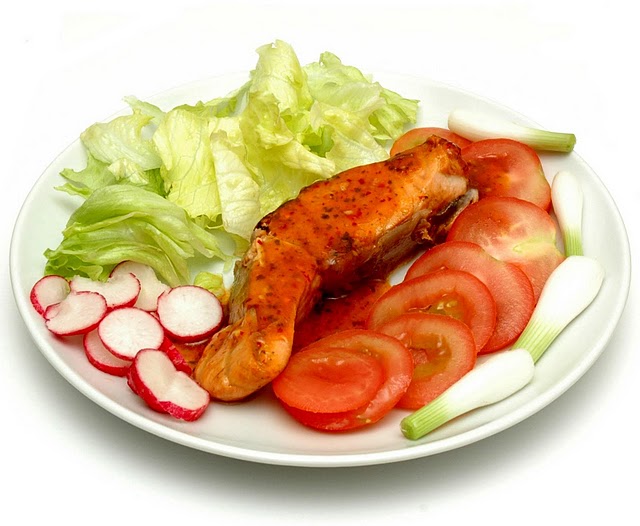 Not really a recipe but a little tip and a good food idea. So tonight’s grub spicy salmon with a nice salad. Some say the low carb way is boring and lacks essential nutrients, eat the colours of the rainbow and stay healthy. This type of food, and minimal or no meds, must be the way forward for not only diabetics, but all people wanting to control their weight and stay healthy.

If you go to the Sainsbury fresh fish counter they offer a nice free of charge service. Select your fresh fish and choose from a very nice range of free cooking sauces. The fish and sauce are placed in sealed oven proof bag. Cook as per instructions and save the sauce. Allow to cool, pour the retained sauce over the fish and serve cold with a mixed salad. A great plate of low carb food, enjoy !
Posted by Lowcarb diets and recipes at 21:17 No comments:

One of the truly great foods re. healthy nutrients is spinach. Try some salmon served on a bed of creamy spinach and mascarpone cheese. Absolutely delicious and full of great nutrients ! 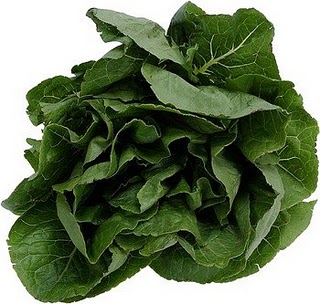 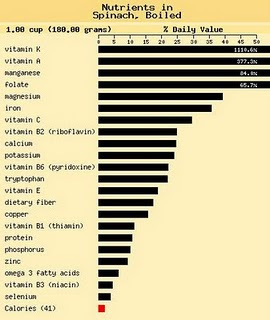 Posted by Lowcarb diets and recipes at 20:09 No comments: 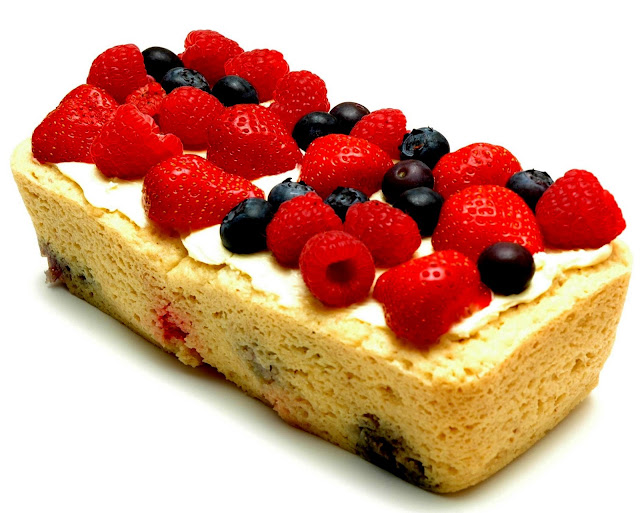 Mix all dry ingredients in a bowl.
Melt the butter I used a Pyrex jug, add the eggs and cream, then add the dry ingredients and mix thoroughly. Add some lowcarb fruits, blueberries, raspberries and strawberries to the mix and spoon into a baking container. I used a silicone bread mould. Microwave in a 700watt for 6 minutes. Take out of the mould, if still damp place upside down on four layers of kitchen paper and microwave for a further one minute. Allow to cool then spread on a layer of extra thick cream, then add fruits to the top. A little tip, allow to cool on four or five layers of kitchen paper to remove any excess moisture. Serve in a bowl with some double cream. Serves eight. 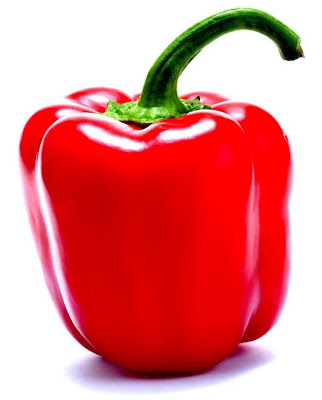 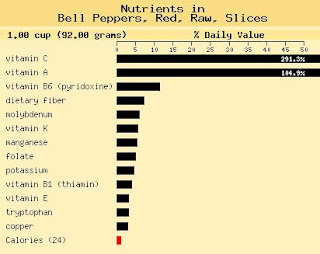 Posted by Lowcarb diets and recipes at 18:44 No comments: